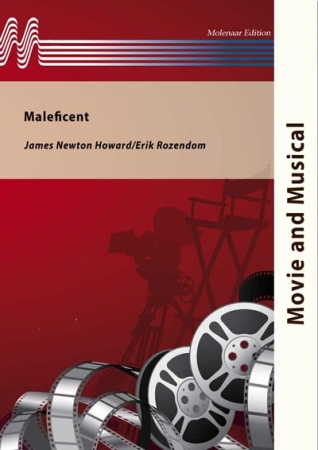 Maleficent is a live-action remake of the 1959 Walt Disney animated film Sleeping Beauty. The film tells the fairytale from the point of view of the witch (Maleficent), played by Angelina Jolie. This arrangement contains various characters and scenes from the film, including Maleficent, Moors, The Christening, Prince Phillip and Faerieland.

This arrangement can only be ordered on the website of Molenaar Edition!