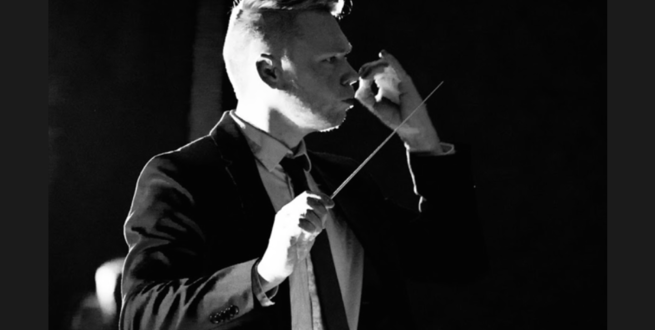 At the end of his hornstudy in 2005, Erik started with the study HaFaBra-conductor. This study was stopped because he already had too many other activities. Meanwhile Erik has had several experiences as conductor. He conducted several workshops and conducted the musical Les Misérables in 2008 and 2009.

After some time, Erik continued his study HaFaBra-Conductor, this time as a complete bachelor at Tijmen Botma and Klaas van der Woude in Groningen. Erik concluded his study with the Gelders Fanfare Orkest with an A on the 20 of May 2017.

The orchestras that Erik used to conduct in the past:

The orchestras that Erik is conducting at the moment are: